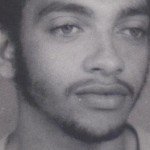 One of Liberia’s most popular DJs, Wilson was born about 1960 to Jamaican immigrant parents who ran a butcher shop on Clay Street. He attended high school at Monrovia College and had just graduated when he gave ELBC-FM Program Director Fred Deshield a demo cassette tape while they were shooting pool. Freddie D listened and immediately offered RAW a job at ELBC-FM, just as the station was beginning its broadcasts, in 79-80. Wilson ran the afternoon drive time show. He was killed in a car accident while traveling from Yekepa, in the mid-Eighties.