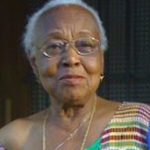 The first woman circuit court judge was born in Maryland County on July 24, 1931. Judge Shannon was educated at St. Theresa’s Convent in Monrovia, the Preparatory Division of Liberia College, and the Eugenia Simpson Cooper Secretarial School. She then worked for the bank of Monrovia, where she served as private secretary to the General Manager for many years.

In mid-career she enrolled at the Louis Arthur Grimes School of Law at the University of Liberia, and graduated with a LL.B degree in 1969. Judge Walser then entered legal practice at the J. Dossen Richards Law Firm as an Attorney-At-Law.

She was appointed to the First Judicial Circuit Court, Montserrado County by President William R. Tolbert, Jr in 1971 and became the first female Circuit Court Judge. On the occasion of her commissioning, she declared that President Tolbert had desecrated the Liberian Judiciary. She was highly respected as a progressive and liberal judge in the 1970s. She was later removed from the bench, a removal which was effected by a “joint resolution” of the legislature in 1979. She was thereafter employed by Amnesty International during which she covered parts of Africa.