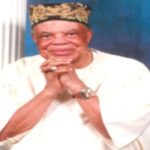 Early Life
Dr. Melvin Justinian Mason was born on a mat by the fire in a small rural village with no school. His mother, the elder of two sisters, was uneducated, but his aunt Louise had been educated through the eighth grade. At the tender age of two, Aunt Louise took Melvin from his mother to live with her and her husband, Ned.

Aunt Louise and Uncle Ned always encouraged Melvin to study and do very well in school so that one day he would be an educated man, able to get a good job, win the respect of others, and be “somebody in society”. Very often he heard Uncle Ned say, “Education makes the man”; or “education is power!” He recalls very specifically, when Aunt Lou told him, “You have to wear that sheep skin.” He did not understand what she meant, but later found out that she was referring to the degree hood which was decorated at the edge with “sheep skin”. Seemingly his educational journey had been mapped out, and the challenge was his to pursue it to the fullest.

In 1939, Melvin enrolled in the Muhlenburg Boys’ School located in Muhlenburg Township about three miles away from home. He graduated from the E.V. Day Girls’ School in 1944 at the age of fourteen and enrolled in the Episcopal High School (EHS) in 1945. Life on-campus was a wonderful experience for him; Melvin met schoolmates from various parts of the country, learned a lot about those places, and became an Episcopalian. He graduated in 1948, ranking second in his class.

Higher Education
Melvin enrolled in Cuttington College and Divinity School in 1949. During his freshman year, he felt the urge to become an educator. The President of the college, The Rev Seth C. Edwards, urged him to follow his “calling” and be guided by it. This ‘calling to be an educator’ was the turning point in his professional career.

He was among the first four graduates from Cuttington College on November I5, 1952 – a great day in his life as he had obtained his first sheep skin, and both of his aunts were there to witness the occasion. President Tubman of Liberiawas the Commencement speaker. After a year and a half of teaching biology and English at EHS, he enrolled in the Meters of Arts in Teaching [MAT] Program at Yale University in the United States, obtaining his Master’s degree—his second sheep skin. In 1963 he went to Michigan State University, where he earned his Doctor of Education Degree in Curriculum Development and Higher Education Administration in June 1965, thus receiving his third sheep skin.

Professional life
In February 1956, Melvin began to teach at Cuttington College, working under the guidance of Mr. Melvin Kenny. He became an administrator in 1956 and during the next seven years also taught courses in science teaching, education, and biological science. In that time he also added to his resume the Dean of Student Services and Registrar, and eventually, the Dean for Academic Affairs Vice President for Academic Affairs. Melvin obtained his Doctor of Education in September 1965, then returned to Cuttington where he administered the academic affairs of the college until 1971. In 1972 he was appointed first Director of the World Bank Education Project at the Ministry of Education. As Director, he administered the program for six years, during which multiple educational institutions were constructed in many parts of Liberia.

Melvin moved to Paris when he was appointed to UNESCO on February 28, 1978 as a General Educator in the Educational Financing Division, a cooperative program with the World Bank. He traveled to Africa, Asia, the Middle Eastand the United States, obtaining an international education that books could never give. He returned to Liberiain 1988 to serve as President of Cuttington University College, until the onset of the civil war forced the college to close in May 1990 while Melvin was in the United States.

In May 1999 the General Theological Seminary in New York bestowed upon him the Doctor of Divinity Degree, honoris causa, the highest honor given to a layman, for outstanding services to the Episcopal Church. Melvin had received his fifth sheep skin. He retired on August 20, 2002, ending forty-eight and a half years in education.

Dr Mason and his wife Marie have completed the construction of a school on the spot where he was born over 81 years ago. There are 329 children in grades K through sixth, and already there is need for expansion of the facility to accommodate the sixth graders who will graduate in June 2011. Expanding the school is now a primary focus.