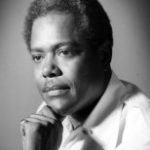 The Foreign Minister of Liberia at the time of the 1980 coup, Dennis was born in Monrovia on Febrary 21, 1931, to Legislator and Newspaper publisher C. C. Dennis Sr. and a partially Vai mother.

He attended the College of West Africa in Liberia, before going to the USA, where he entered Lincoln University, Pennsylvania, graduating in 1954 with a Bachelor of Arts degree in Political Science. He then completed his education at Georgetown University School of Law in Washington, DC. He was subsequently called to the bar in Liberia.

In 1960, Dennis was appointed director of the Legislative Drafting Service of the Liberian Senate. In 1965 he set up a private legal business, C. Cecil Dennis Jr. Law, in Monrovia. That same year he was made professor at the Louis Arthur Grimes School of Law, University of Liberia.

Dennis was appointed Foreign Minister of Liberia in 1973 by President Tolbert. As the numbers of independent African nations increased amid cold war tensions, more and more did Liberia’s solidly pro-West foreign policy come under scrutiny and criticism by Dennis’ fellow foreign ministers. As his predecessor Rudolph Grimes had found it necessary to more fully engage the emerging African nations in the Sixties, so was Dennis determined to assert Liberia’s continental leadership by increasing its participation in the Non-Aligned Movement, support for liberation struggles, including those led by avowed Marxists and radical African nationalists, and a 180 degree turn in previously pro-west positions on crucial issues.

The decision to sever diplomatic relations with Israel over the Sinai occupation was one instance where Dennis sought to bring Liberia more in line with the rest of Africa and the Third World.

Increasing tensions between Dennis and the US Ambassador led to an angry war of words in 1976. Dennis had spoken at a US Embassy Bicentennial celebration where he criticized America for not always living up to its part in the “mutual interests contract” between the two countries.Tensions were rife over concession renegotiations, the break in diplomatic relations with Israel, the 24 hour landing notice for American planes ferrying arms to Angolan rebels, and the opening of Soviet and eastern bloc embassies in Monrovia.

The relationship between Dennis and the US Embassy never recovered from this downturn.. On April 12, 1980, following a year of destabilization and unrest, the Liberian government was overthrown in a bloody coup d’ etat. Dennis and twelve other senior officials were tried without counsel by a military tribunal, and executed on April 22, 1980. The United States has repeatedly denied any involvement in or advance knowledge of, the military coup.

LIBERIA AND THE UNITED STATES DURING THE COLD WAR. . D.Elwood Dunn